We came to Victoria in order to understand the particular intimacies of the former ‘city of youth’. While our focus was mainly on the Cultural House, it soon became very obvious that there was a strong and complex connection between the Combinat (chemical plant), Cultural House and formal educational institutions (primary and secondary school, industrial high school). This project continues our ongoing research into the history, planning and everyday usage (collective and individual) of such institutions. Our methodology is based upon slowly developing a dialogue with past and present actors, participants, in Cultural Houses.

A general introduction into the Cultural Houses in Romania:

Throughout the 50-year period prior to December 1989, almost every city, town and village in Romania had a cultural centre, usually either called a Cămin Cultural or Casa de Cultură: so-called homely places or houses of culture. Their construction materialised the utopian dream of communism to create a communal place where everyone could be both engaged and simultaneously surveyed. No matter how remote or small a village, a local House of Culture, or Cultural Hearth, would be built there so that no-one would be left outside of ‘official culture’. Arguably, throughout the national regions culturally diverse communities and individuals often appropriated these spaces in complex and contrasting ways.

Through their ubiquitous presence, a relatively large amount of state funding and sustained cultural programmes, these institutions played various and prominent roles for both the rural and urban populations during the period of 1955-1989; working alongside and often intersecting with wider state educational programmes and the industrial production sector.
Even though Cultural Houses are generally associated with the post-WW2 Communist Party of Romania (PCR) period the actual history and usage of these institutions have a much longer and diverse lineage that surpasses the localised and communist-era timeline and attributed ideology.

Two main entangled directions can be traced: early socialist ideas of the late 1800s and something of a liberal-sociological programme funded and supported by the state, that peaked in the 1930s.

The early socialist ideas coagulated in various political movements, strikes, newspapers, and ultimately in the formation of the Workers Party that initiated a number of Workers Clubs (Clubul Muncitorilor) and Houses of People (Casa Poporului) throughout Romania at the end of 1800s; evident in the main cities of Bucharest, Iasi, Ploiesti, Galati and Craiova.

Our research into these institutions is woven onto the premise that a re-learning of how to see, and possibly imagine, the subjective and collective experience of the so-called ‘communist past’ (referring to the period of 1945-1989)  is necessary in order to deconstruct the multiple filters through which the visibility of Eastern Europe was constructed after 1989, which affects the present site-specific socio-political imagination, with its westernisation, or self-colonisation, tendencies.

A city built upon a grid system, roses, architecture reminiscent of other places: Chandigarh, India, maybe? Very quiet, very few cars or other vehicles, mountain backdrop interrupted by the newly built church.
Large, international, supermarket chains have replaced and occupied the older Romanian state outlets.
Silence at dusk, promenading on both the main boulevard as well as towards the Combinat.

Signs and firms: “Fluoropolymers”, “Recreation Area. Viromet Swiming Pools. Vacation Land”
Main boulevard with grand houses for the workers, planned and decorated efficiently. From the new church to the Workers Club that was renamed Casa de Cultura (House of Culture) just 2 years ago.
Municipal gardeners cleaning the streets at the break of dawn, cutting the grass, trimming the trees, a tractor breaks the silence… gradually, usefully, collecting the garden waste, a bicycle.

Everybody still refers to the Cultural House as the Club, reminiscence of its former name: The Workers Club. If the Chemical Plant known as Combinat would have still been functioning full blast, the name would have been kept. We/I prefer the Workers Club. It renders visible the connection with the late 1800s socialist history of the Workers Clubs in Romania, and highlights the Club component1 vs the stage, Performance Hall component. Allocating more emphasis and architectural (partitioned) space for the Club Rooms existed in tight connection to a functional transformation of the role of Cultural Houses… the dissemination and distribution of culture changed, witnessing the active encouragement of personal, social, and group participatory activities.

A central question is how do we meet with people so that they share their stories, memories and experiences of living in Victoria and discuss any relationship they may have with the House of Culture? How would these proposed meetings not only help us ‘make sense’ of Victoria, but also form part of a negotiated filmic methodology itself? Can people become central to the filmmaking process?

… the students can make screws, here they learn how to use the welding tools…

Andrieana Ciornei: These are our beautiful Fagaras mountains. From east to west these are my coordinates in which I function.

Nicu Diminescu2: The Chemical Plant sustained the whole city, the stadium, the greenhouses.

Mia Diminescu3: Not just the city but also the surrounding villages.

Nicu Diminescu: In fact, the whole area. All of the workers were coming in buses to work in three shifts.

Mia Diminescu: The buses brought the workers from the villages.

Nicu Diminescu: I like the mountains first of all. I liked that it was an extremely young city and that meant dynamism. You could always quickly initiate things. There was an enthusiasm for new ideas and I wasn’t bothered by the authorities so much. All of the parents were hired by the Combinat and a lot of the successful things I did for the school were made in the Combinat.
I wasn’t paid as a football manager but rather they gave me everything I wanted for the school.

Mr. Dumitras: The initial building materials for the Sports Hall were recycled from the old Workers Club, which was opposite the bus station.
When I became the director I built this part; the changing rooms and viewing stands.

Of course this was done with money from the Combinat; but you still had to work for it.

Nelu Timofte, the music teacher: The Cultural House in Victoria was the place for culture.

It had a Performance Hall, library, cinema projections for days per week.

This is where collaborators from within the city and also outside would come.
This is where the future citizens of Victoria would be culturally formed.
Collaborations included the schools, hospital and the Combinat factory.
Talented people from different sections of the Combinat would come and had something to say… they created symposiums, gatherings and round tables for the well being of Victoria.

Nicu Diminescu: At the same time, we had very good relations with the forest conservationists. With the students we would collect hibiscus and other medical plants that we would donate. They would then give us materials that we needed for the school. This is how an organic exchange developed.

Nicu the Saxophonist: We had artistic brigades in the Combinat.

Nelu Timofte: It was an obligation for each sector of the Combinat to have a brigade.
They had engineers and technicians who were very talented writers; the writers would produce scripts that were then rehearsed at the Combinat; the performances were then shown at the Workers Club; the series of shows we called… Dialogues on the Same Stage.

… We were all script writers and directors…

A star from the blue sky

A flower from the infinite

We are mountain climbers

We roam through the mountains

We love our life

We know how to live it

And you the ones who love the mountains

Andrieana Ciornei: Wow, how many emotions I had; my legs were shaking.
You could open the curtain wider and the stage was more open.
Here we did folk dancing, theatre plays and sang songs.
An actor from Brasov would come.

Virgil Rogozea: It should be like this! We should have cultural activities,
dance troupes, there are some actually.
Pop music, folk music, participatory circles for young and older people.

/ARTWORKS/Victoria – an excerpt from a filmmaking methodology
by Irina Botea Bucan, Jon Dean 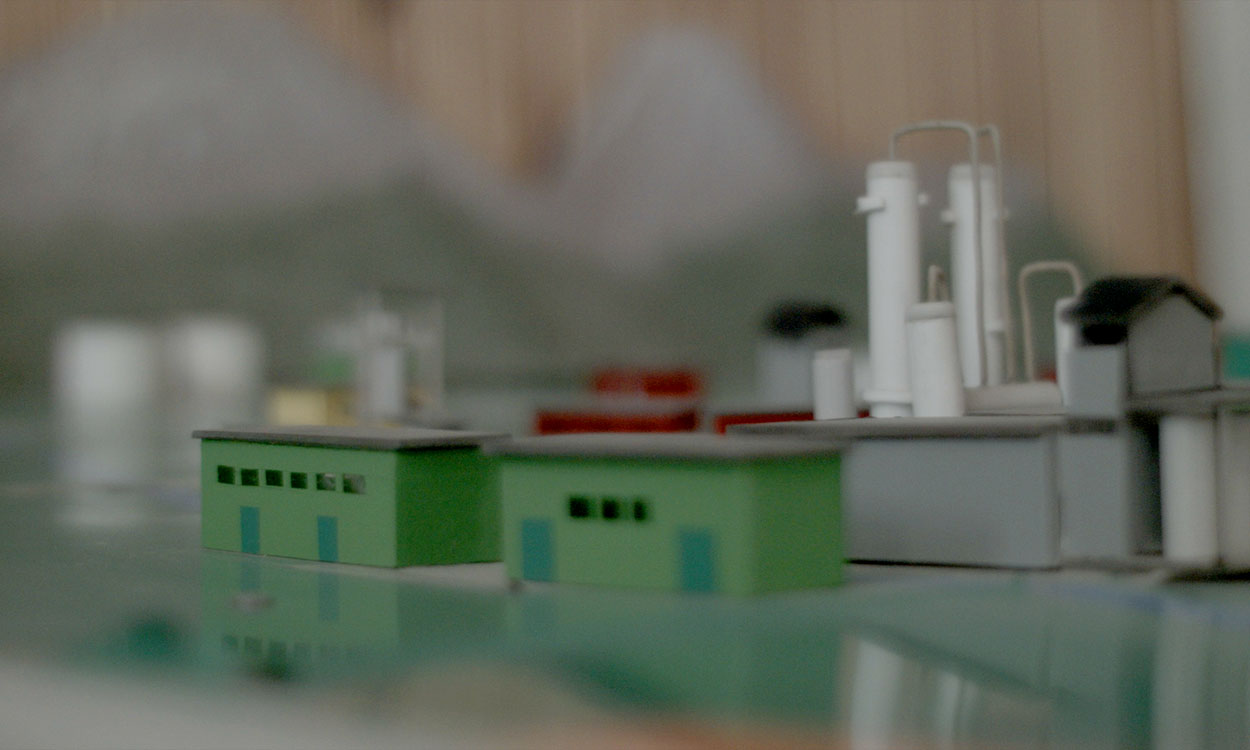 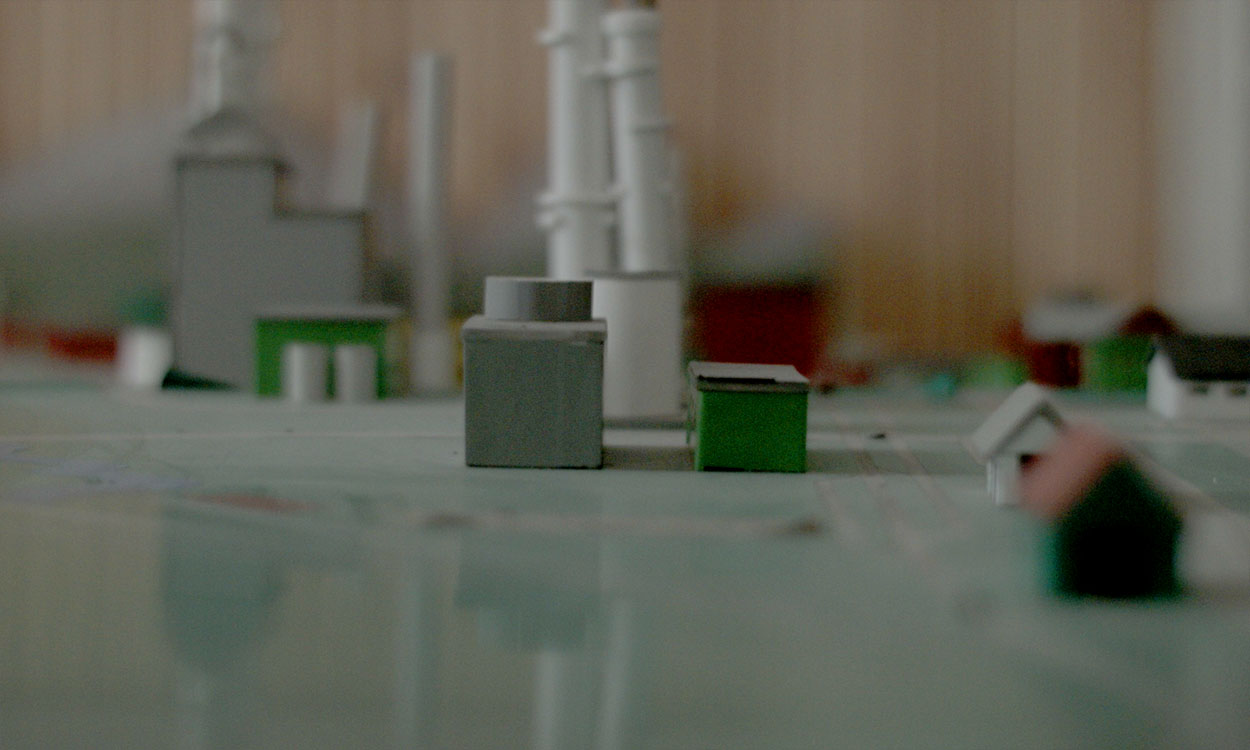 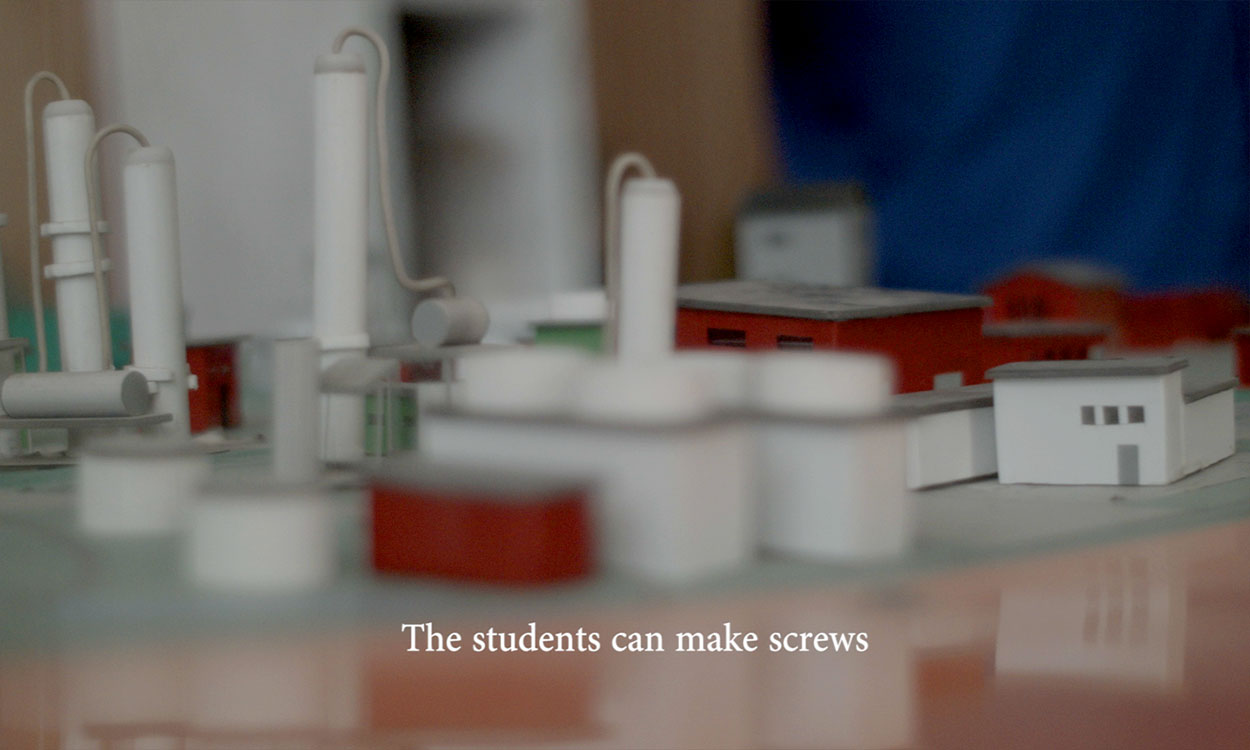 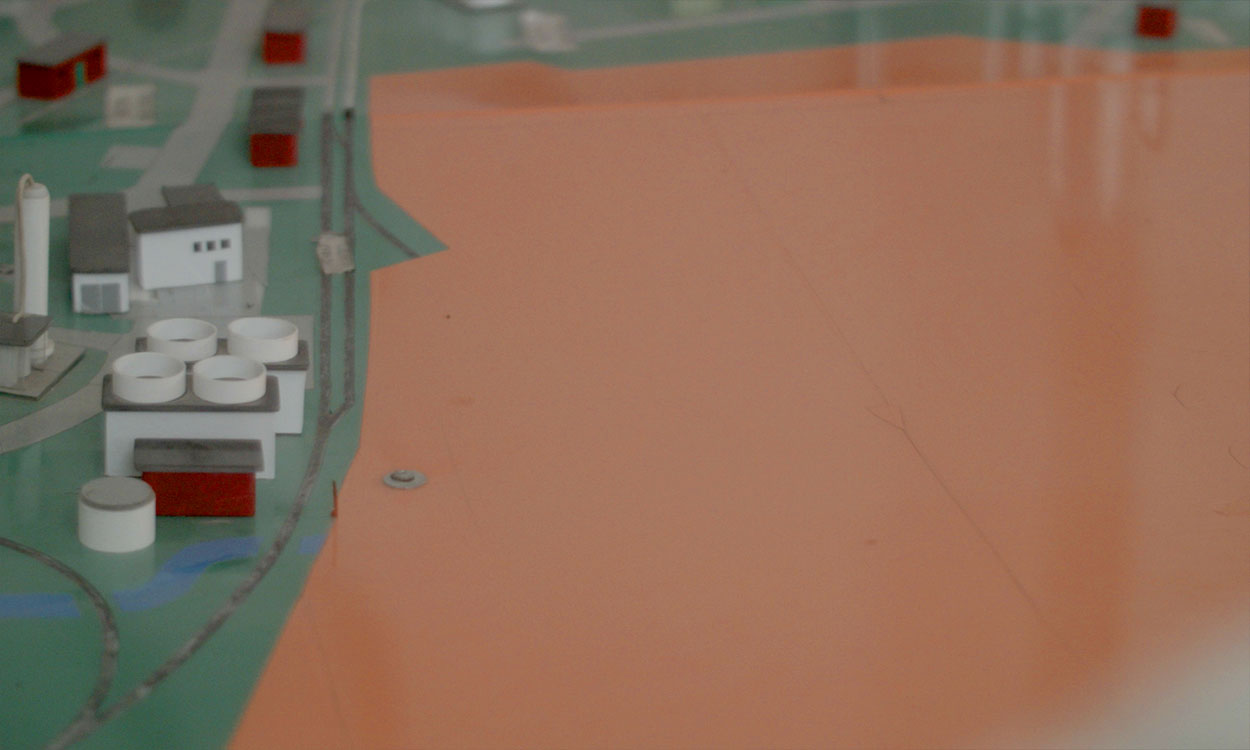 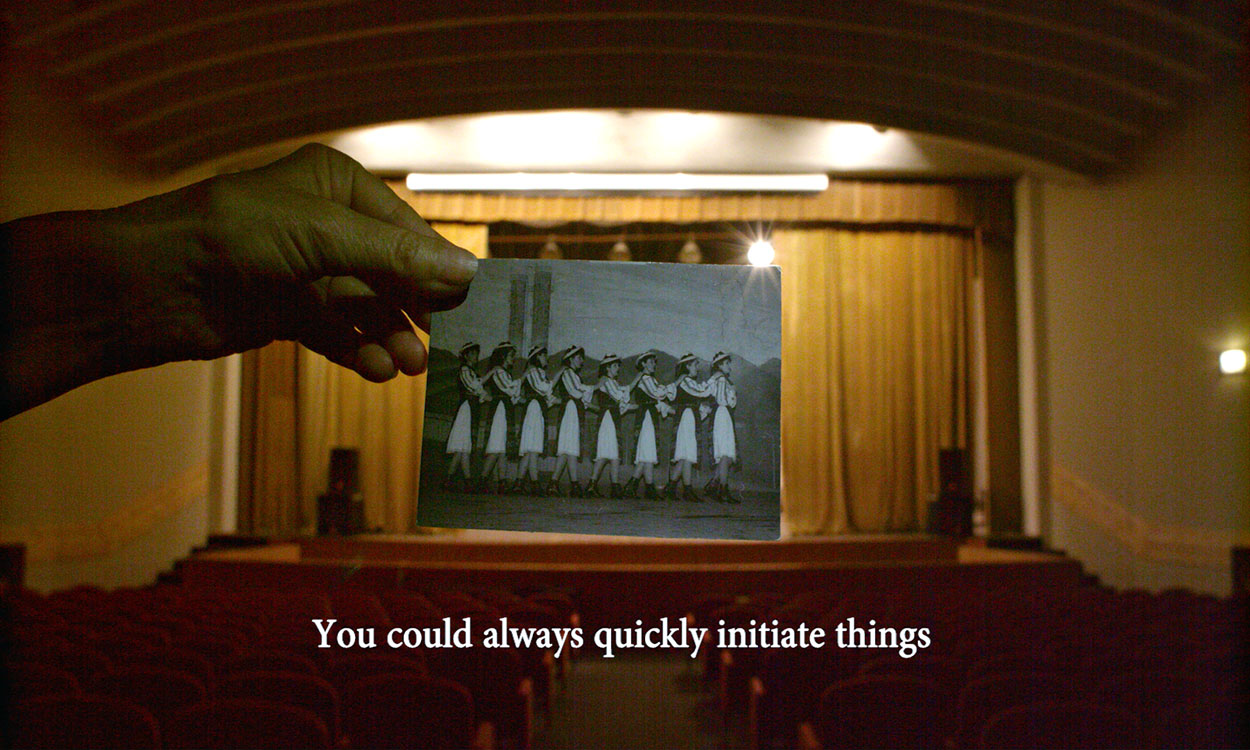 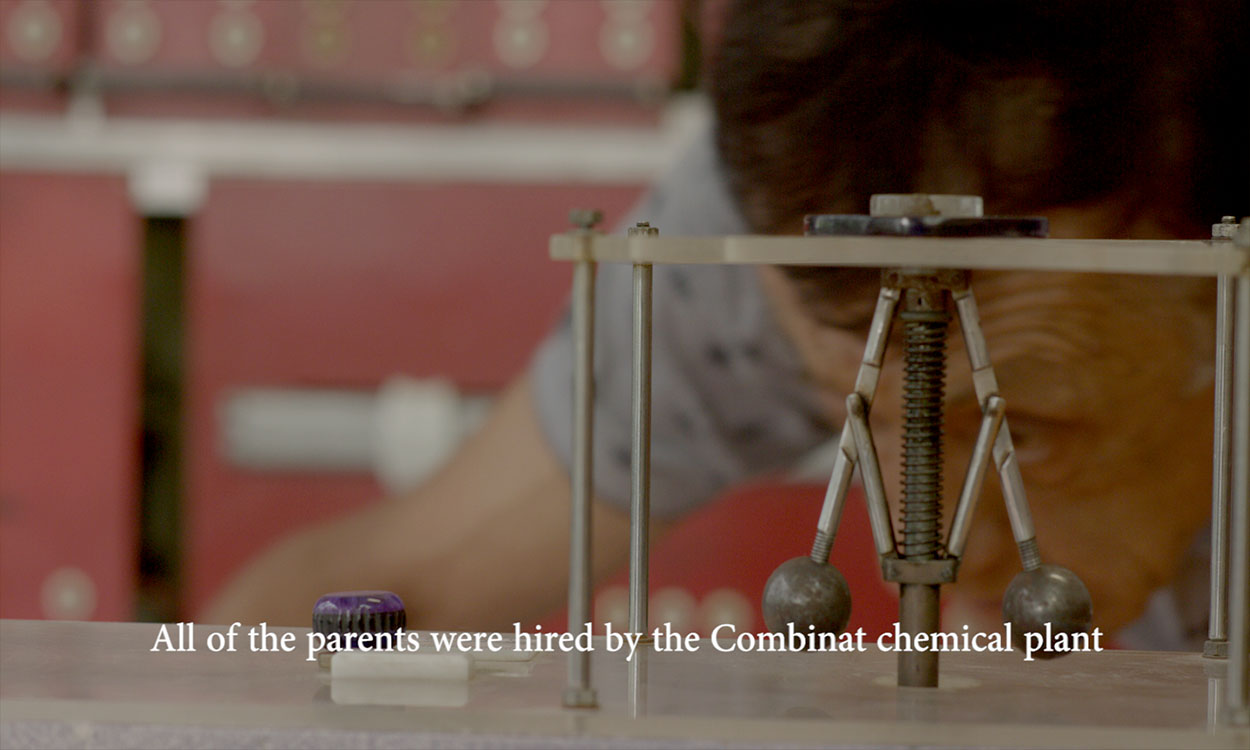 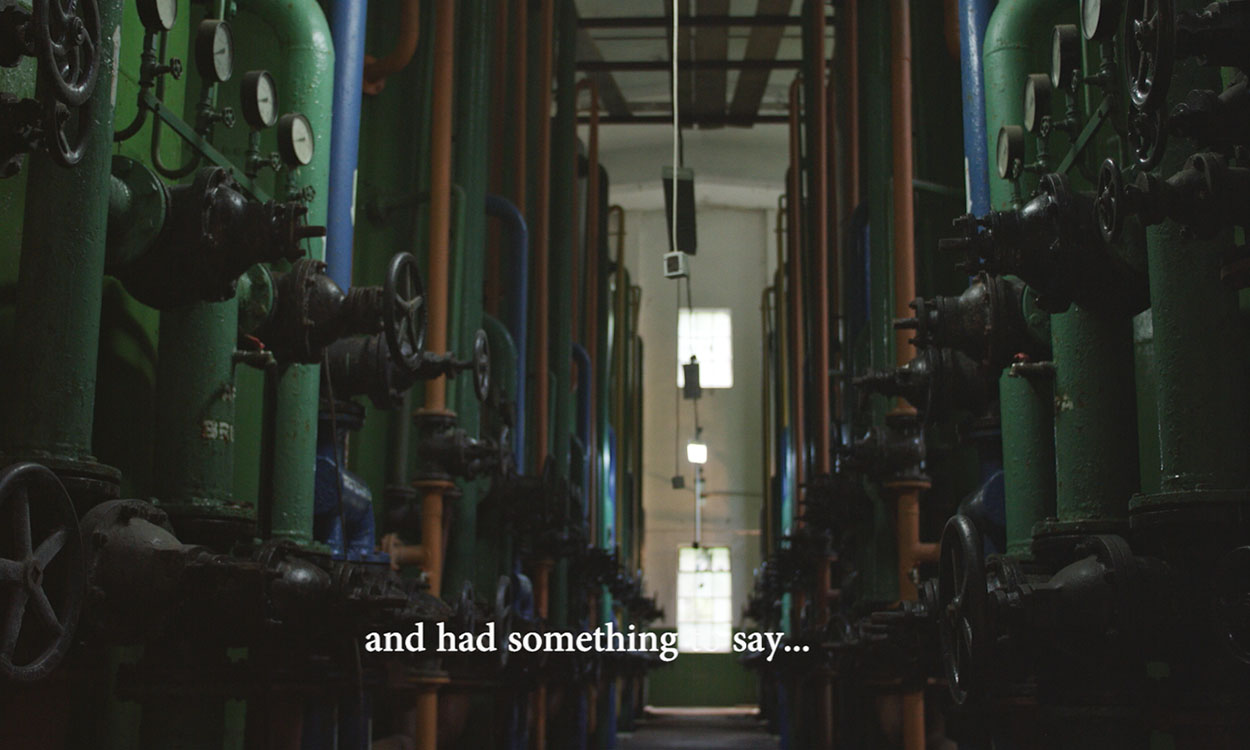 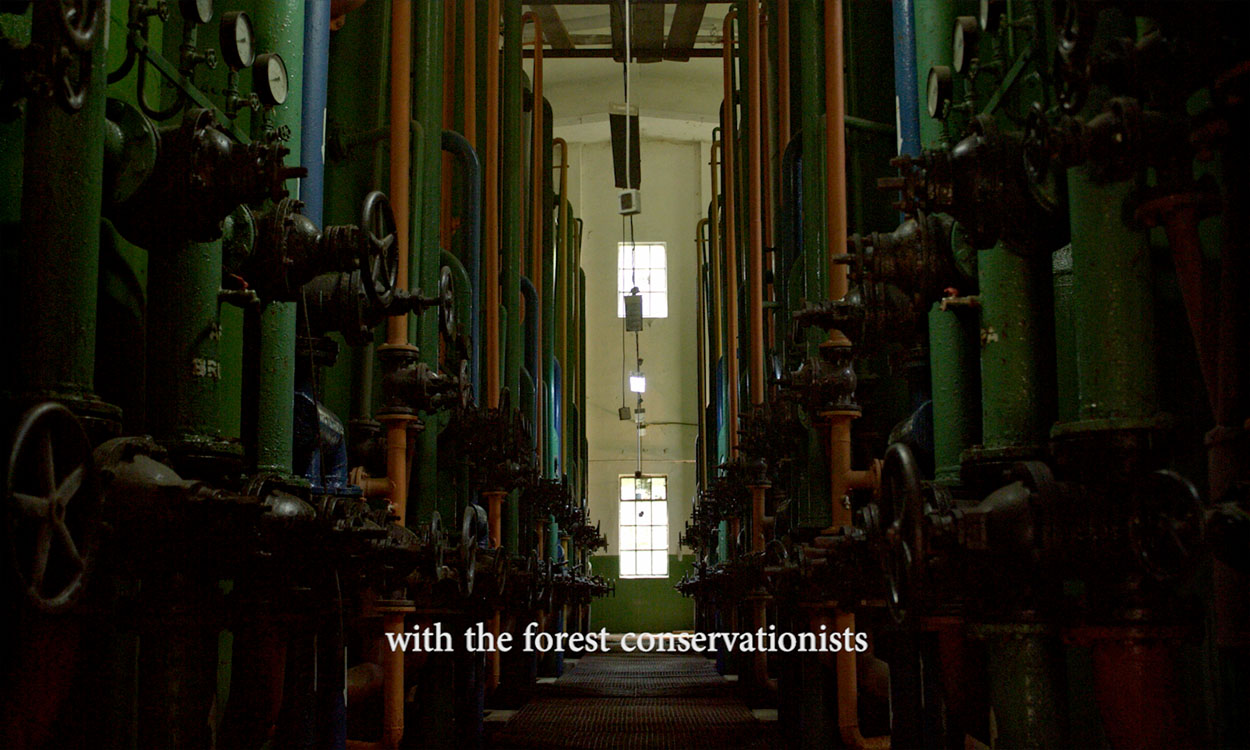 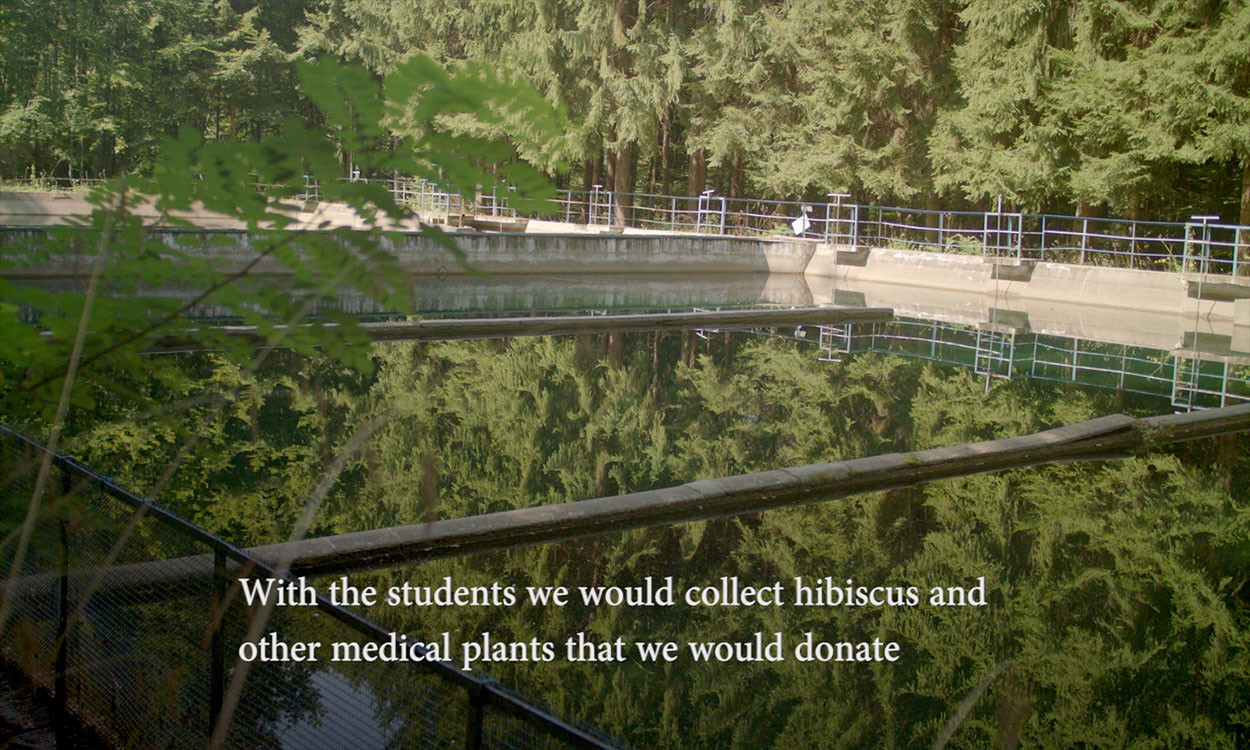 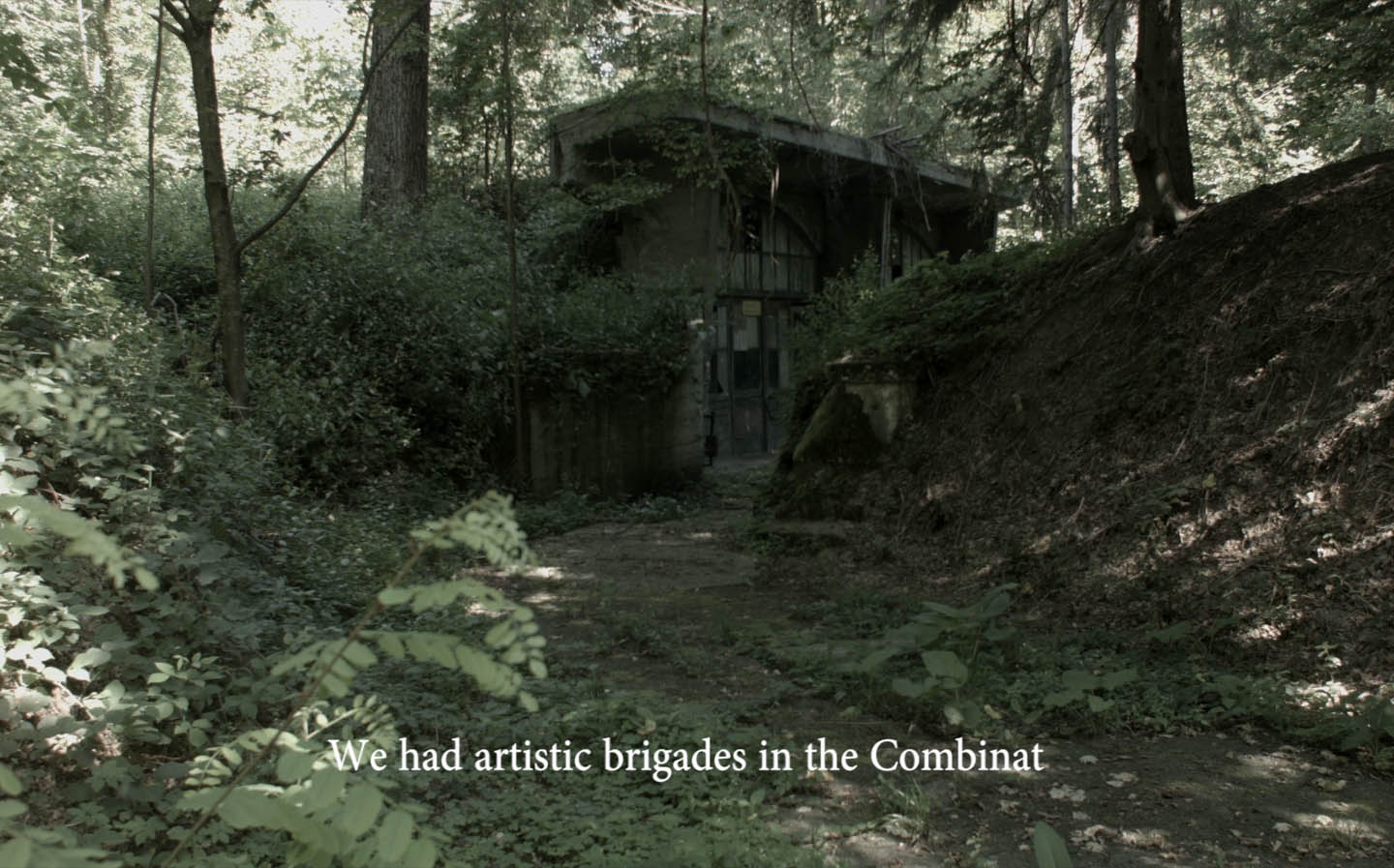 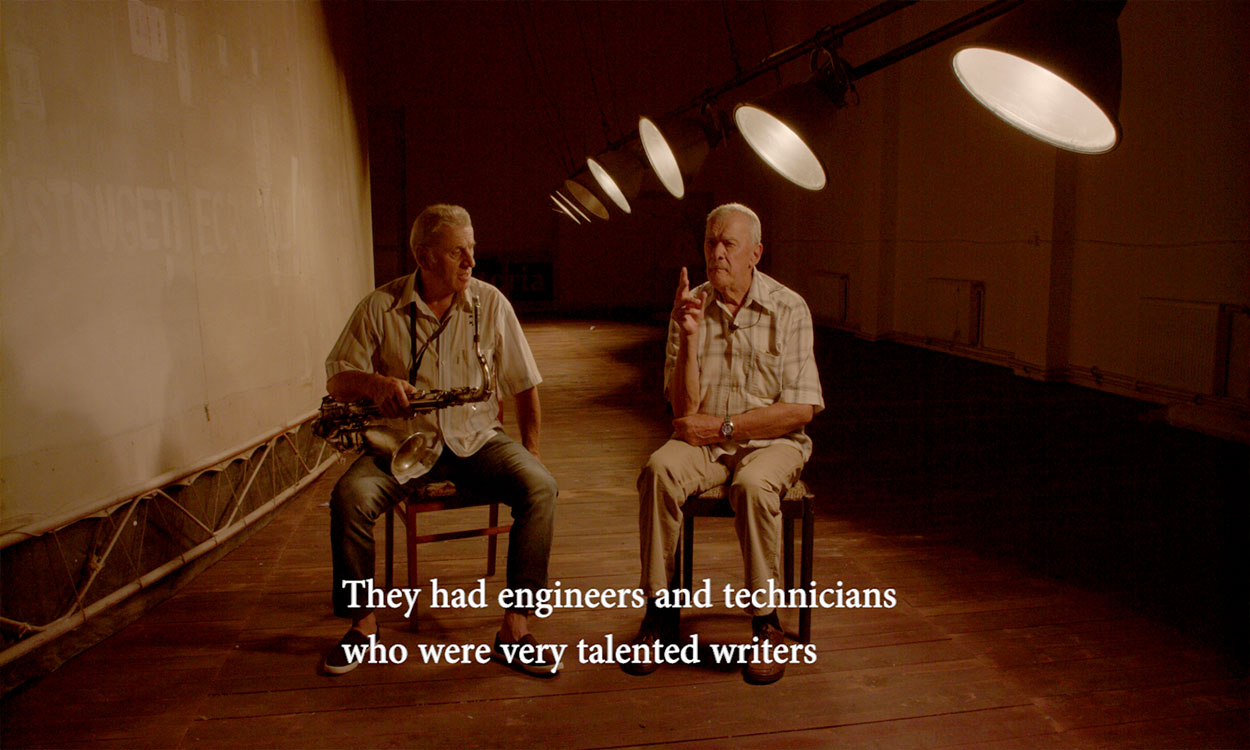 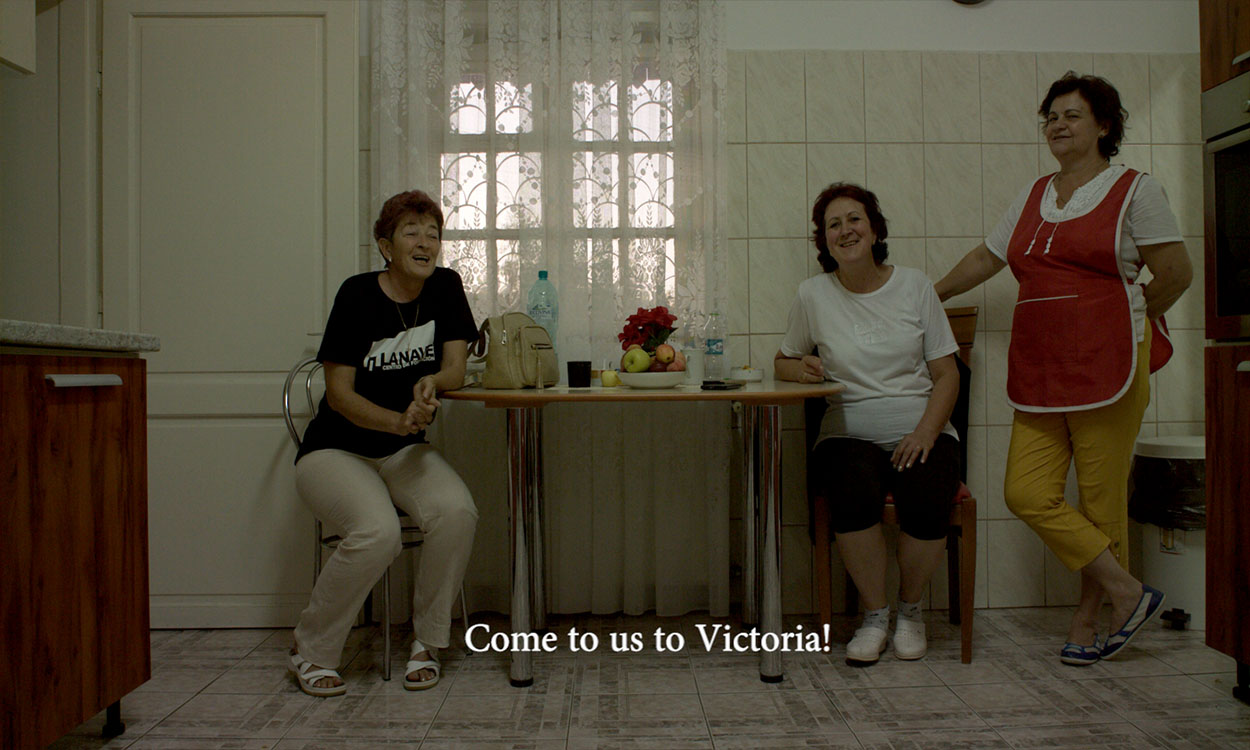 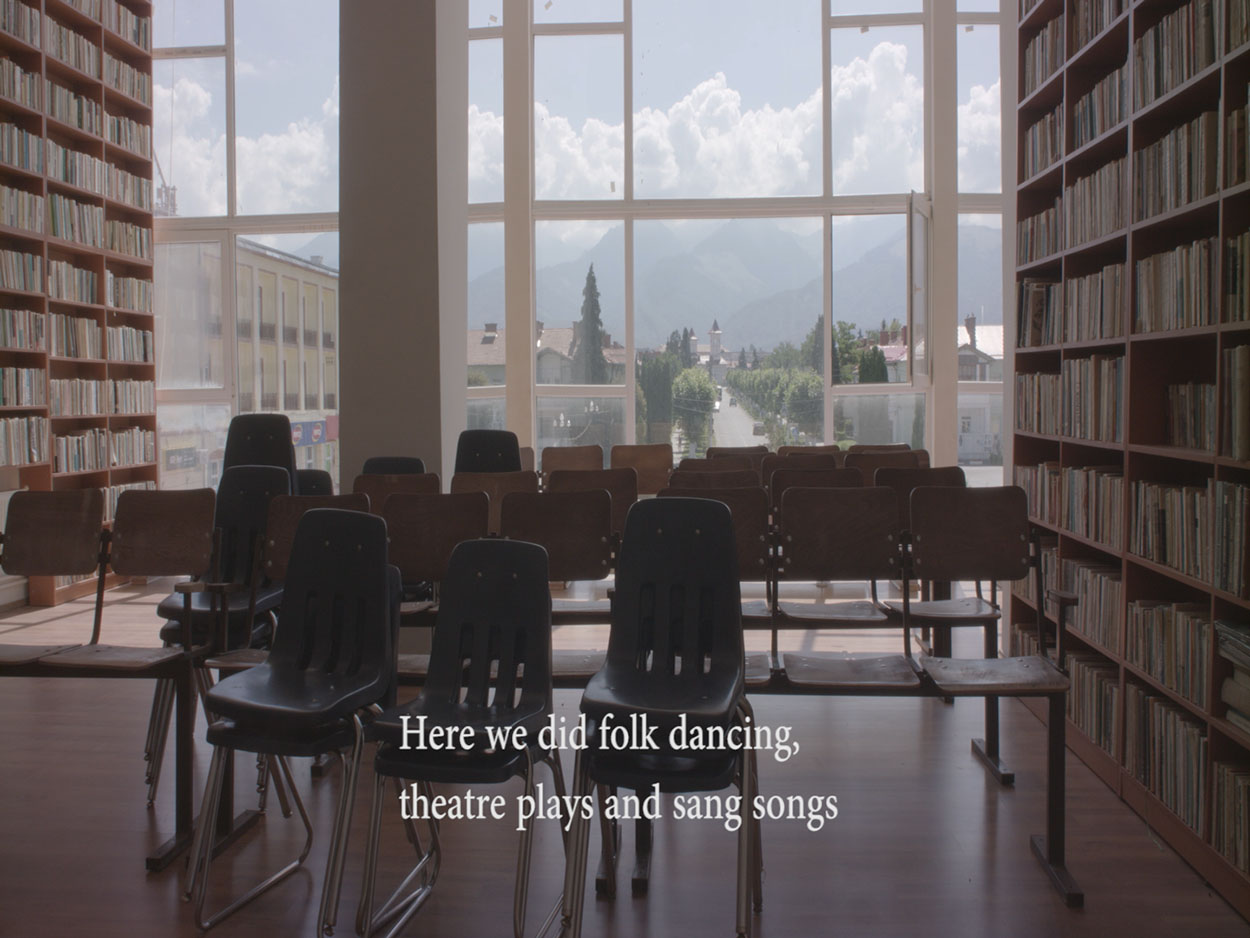 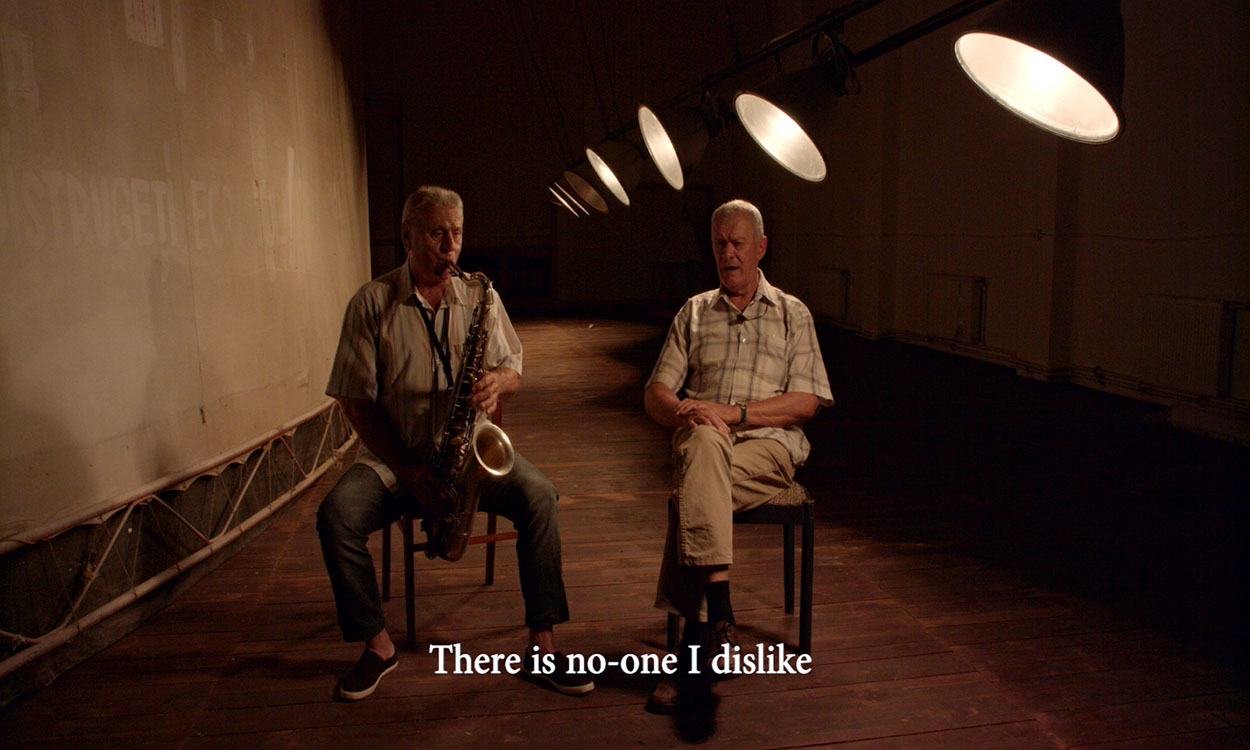