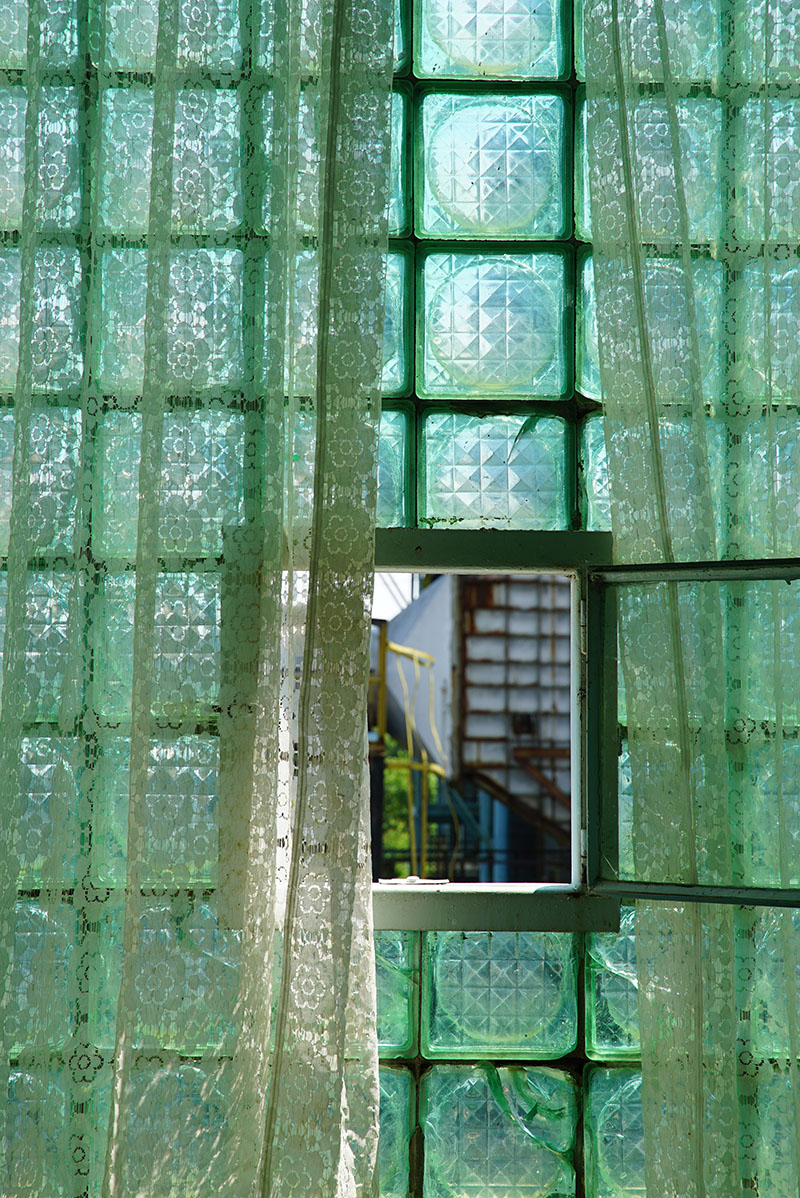 Picture 2
Window at the chemical factory. 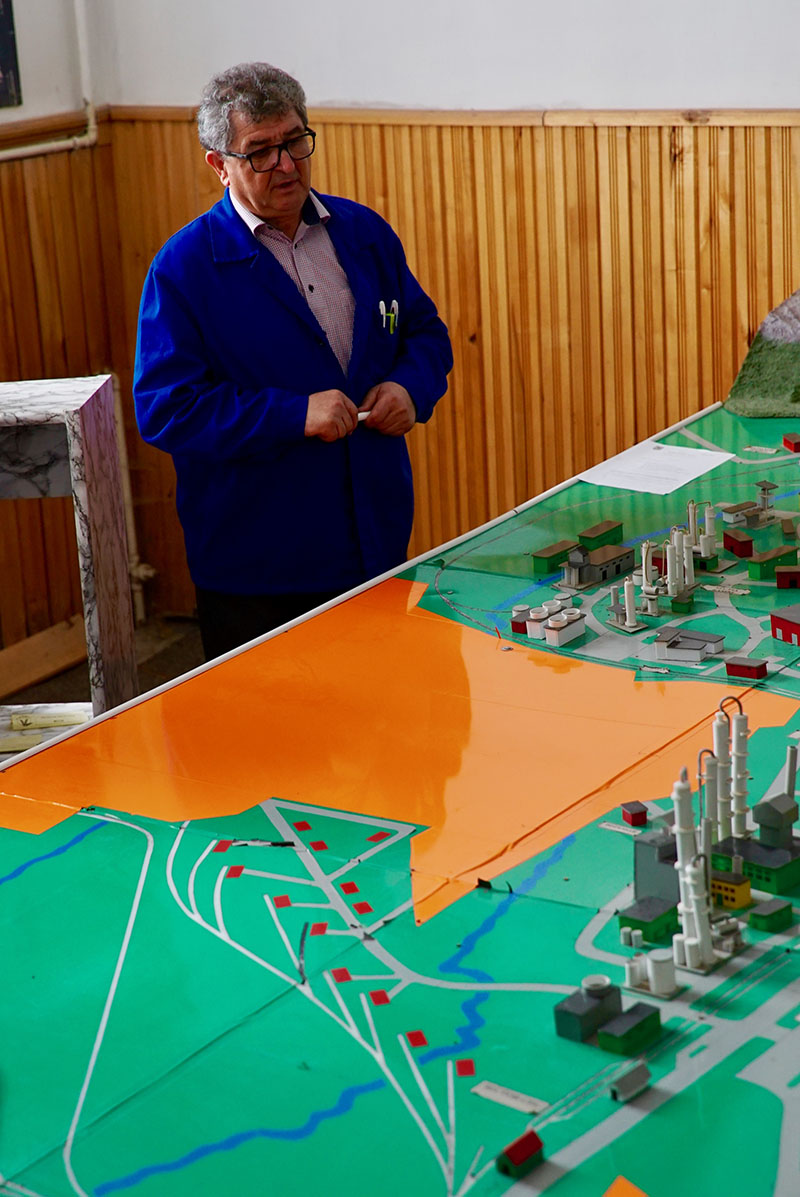 Picture 3
The orange zone are contaminated toxic areas. Nobody is allowed to go there 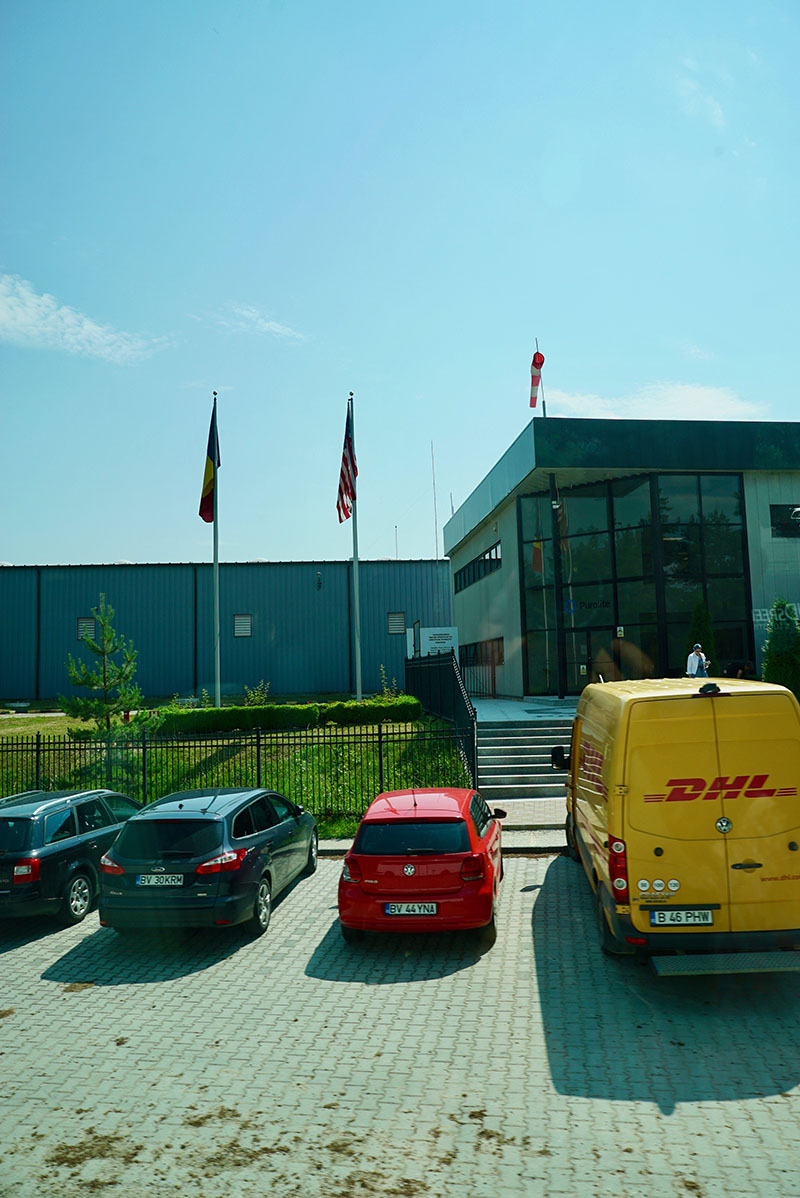 Picture 4
This is a picture from the contaminated toxic area. 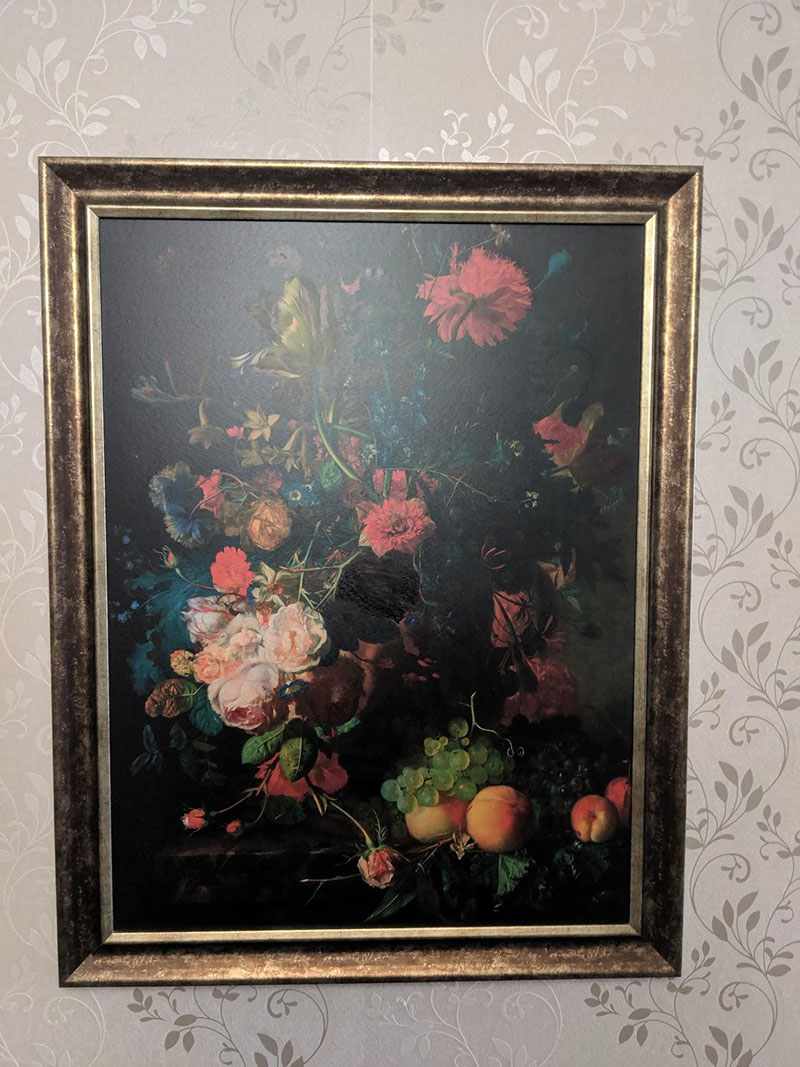 Picture 5
Here is a photo (Steffen Mitschelen) from the picture in the second floor of the Victoria hotel. In the center you can see a black (with reflection) painted area 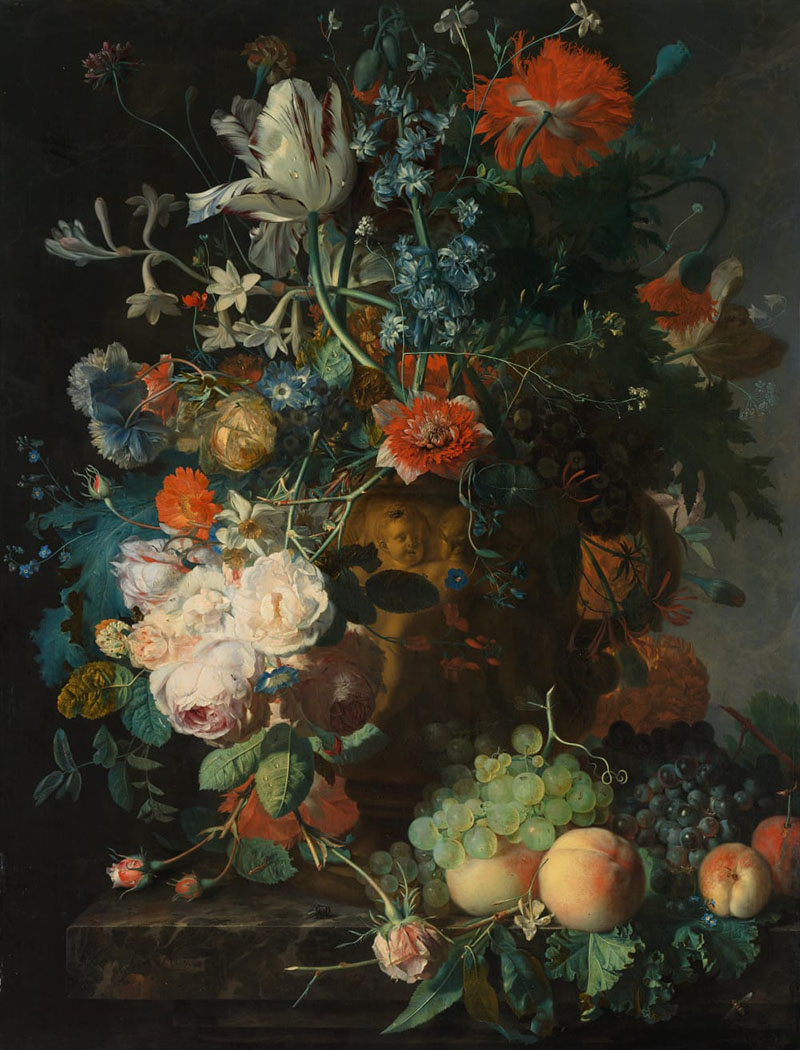 Picture 6
Here is the original picture (found from Steffen Mitschelen in the internet). In the center is an angel bust with a fly on the head 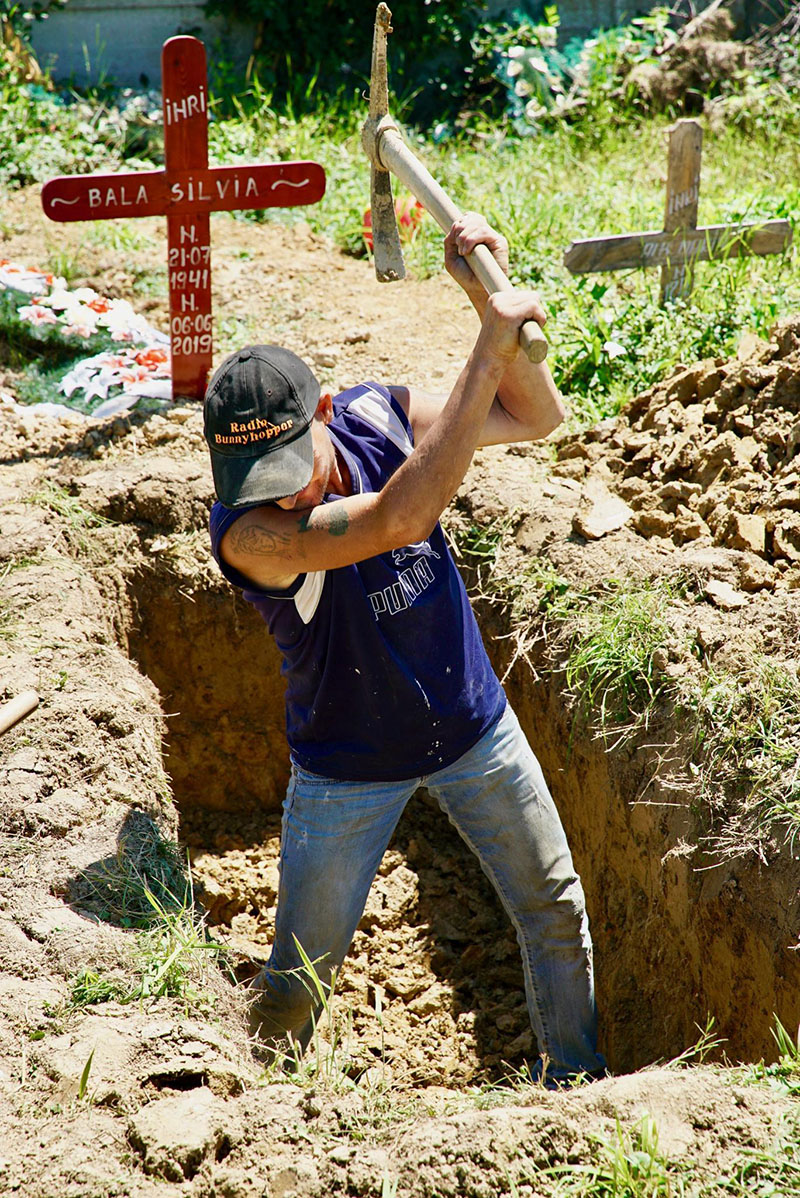 Picture 7
The gravedigger on the graveyard of Victoria 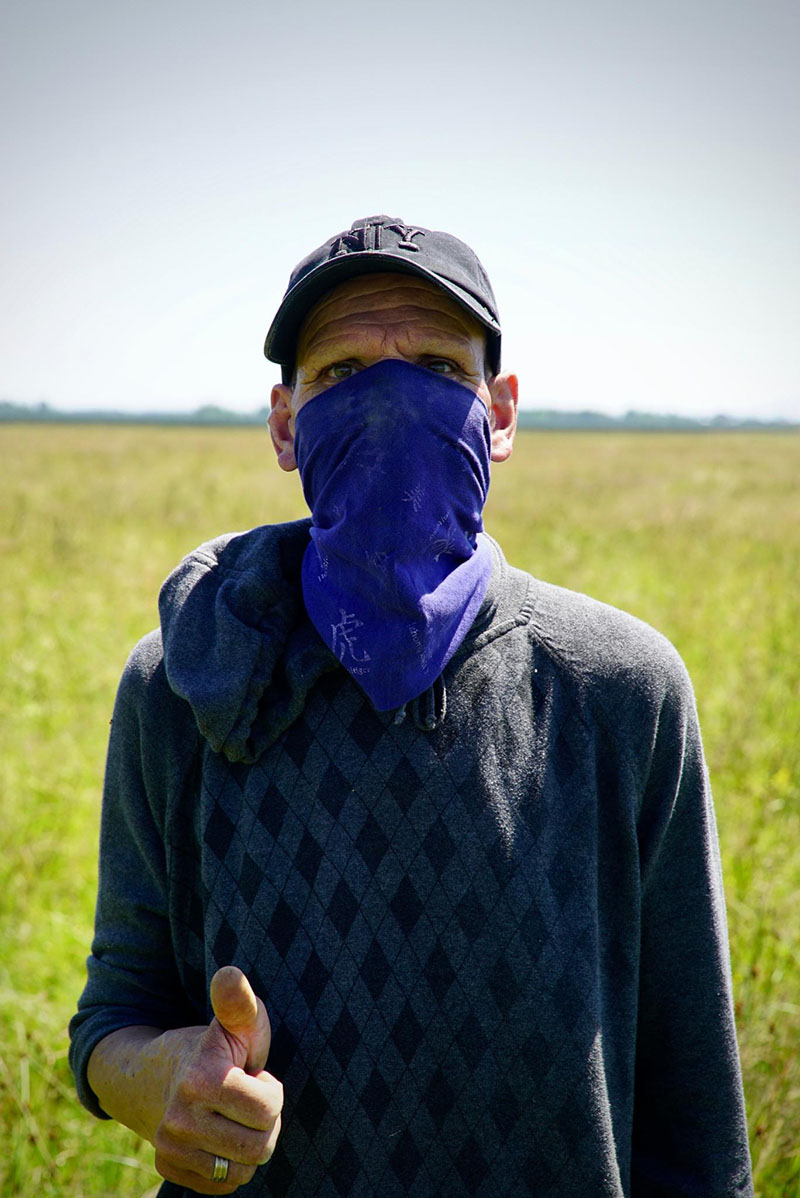 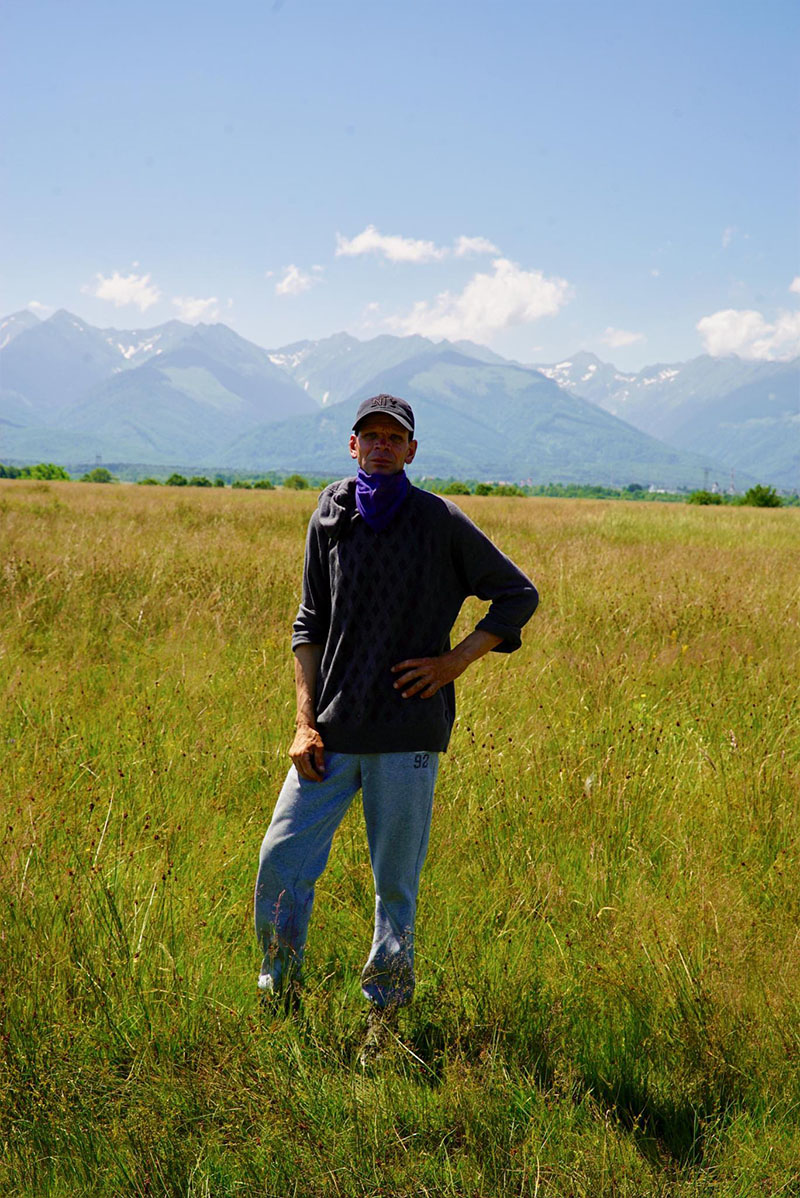 Picture 9
The orphan boy in context with the landscape 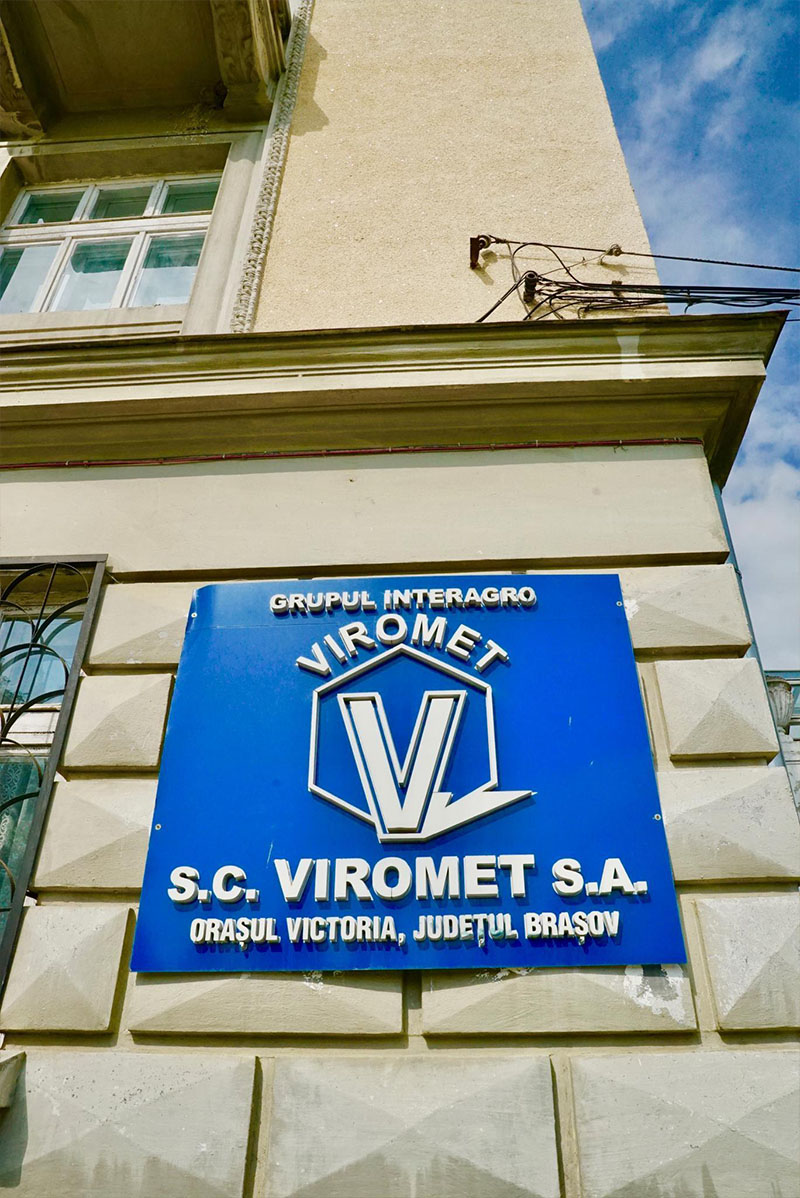 Picture 10
The logo of the Viromet company

Reality-Hybrids: An immersion between reality and fictionally generated worlds.
The term ‘hybrids of reality’ describes the synthesis of different accesses of reality (in general physical and a constructed), which is pieced together as one construct of reality. The result from this (technical) constructed image of reality generates the connexion of the organic sensory of the human and a technical sensory.

There are three components to the term ‘hybrid of reality’: the real surrounding (physical reality), the recipient and a medial abstraction of the place in a technical produced context (medial reality) or in a natural context (nature medium). Because of the hybridisation of the physical and a constructed medial reality a mixed reality is created by the recipient or a so called connexion which is evolved through the oscillation of the sensory perception of both possibilities of reception. The immersive effect generates another medial plateau. The term ‘submersion’, which helps to define the word ‘immersion’, is particularly connected to 3D-CAD. Hence, only if there is doubt regarding the perceived reality, this doubt has to be neutralised with the help of the submersion into an illusion (through indifference). Therefore, the hybrid of reality can only be generated with the effect of immersion because the illusion of the medial level of reality must be overcome. Consequently, the presence of medial ancillary information must support the physical surrounding. Similarly, Oswald Wiener describes: “ The adapter places – viewed from ‘outside’ – between the inadequate cosmos and the unsatisfied people. He hermetically excludes him from the conventional surroundings, and only in the first stadium of adaptation does he go back to his own saved information and for that of his own content1”. The hybrid of reality is never only an effect created by the brain between the threshold of reality and medial reality, it is rather something intelligible which results from the hermeneutic reading of a subject. It must be communicated in order to generate reality.

Here some examples for processes to build a Reality-Hybrid:

The Hohlstein or ‘Kammerbacher-Höhle’ (a Cave) on the foot of the hill Meißner (in northern Hessen) was first mentioned in 1267 and shows human activity originating from 200 B.C. The Meißner, which is also called ‘Switzerland of Hessen’, used to be a destination or pilgrimage for reformative freethinkers like Walter Benjamin or Gusto Gräser. Many pagan myths and fairy tales involve the Hohlstein, for example the fairy tale Frau Holle2. In these fairy tales there is a well, which functions as gate into a different world. In the Kammerbacher Hohlstein there is a stretch of standing water which generates a visual effect. Inside the cave there is a part which looks like a moral story. The ground of the lake consists of bright sand-stone like rocks and the ceiling is rather black with a raw structure. Humans threw branches into the lake which would lead to optic rhizome structures. Illuminating the ground of the lake with a torch, one could see rocks

at the bottom of the lake; illuminating the ceiling of the cave, one could see the reflection of the ceiling on the surface of the water. But if one illuminates the peak of the parable, where the ground of the lake and the ceiling meet, an illusory mixed picture of ground and ceiling was created (picture 18). This is only the reflection of both on the surface of the water3. With reference to the cave and the many pagan legend and myths, which represent a gate into paradise or hell, it can be said that those hybrid effects trigger the anthroposophical sense for myths and the desire to make sense of circumstances. 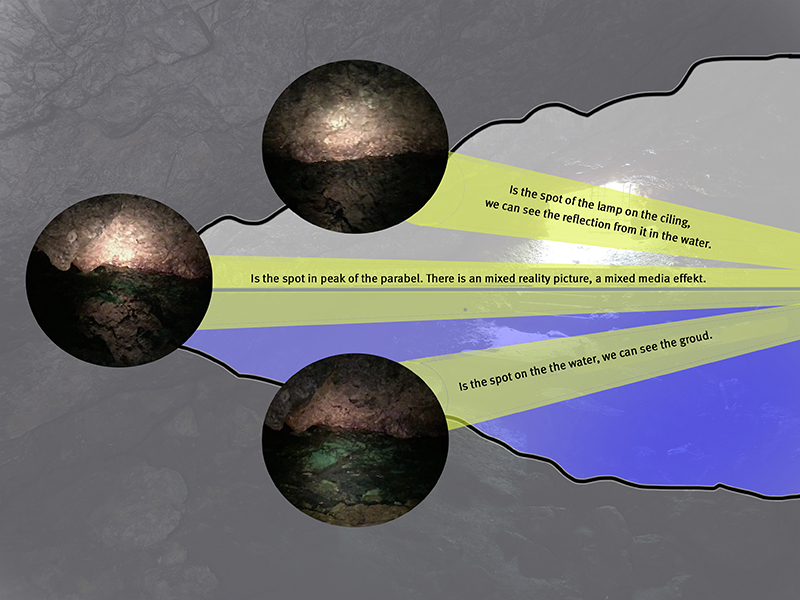 The phantasmagorical room installations of the 19th and 20th centuries are analogous to the construction of the hybrids of reality, particularly in regards to the visual effects and construction of these. Etienne-Gaspard Robertson4 (1831-1833) shows that immersive room installations correspond with Hybrid-Reality (picture19) in the sense that those are cognitively confused with reality. This is pointed out by the projection of a skeleton onto artificial fog in a dark room (cave or darkened hall) which seems to move because of the changing of the depth of the picture. These black and white ghost-like images of illusions, that are created because of transitioned frames, can only be created in a totally darkened room and are projected with an additive projection method on the particle fog. These phantasmagories, in which pictures of dead people were used, can lead to an indifference of medium and reality. The immersive effect is created with the help of the homogenisation of the surrounding area). In this case medial projections are projected frameless into the real room, in contrast, HMD (Head-Mounted-Display) isolates the surrounding (with the help of a mask) and the visual field is filled with images, which leads to a full immersion. The room installation is, therefore, collective perception event. The effect process by Pepper’s Ghost, which was named after John Henry Pepper and was created by Henry Dircks, is another phantasmagory, which can be used as another analogy to the hybrid of reality. The projections onto a really body are made, which together create a picture (medial picture and reality picture). This effect depends on a frameless projection and a darkened room. This is used especially in ghost trains or in theatres or mistakenly sold as a hologram. Noam M. Elcott5 explains that phantasmagories are the technical preliminary stage of the Windows HoloLens or in general the AR, which is tested today in many ways. Today the car industry is using this technique for the so-called ‘Head-up-Displays’. So, the recipient and members of the performance have an indifference between the medial reality and the technical reality; they cannot exactly separate between media- and reality pictures. That is the reason why media pictures become more realistic. Reality is not created by the body-sensory or perception, rather it would be generated by brain imaging where it generates a connection between the confusing reality pictures.

3. Example: Reality Hybrid in a VR Installation.
In the VR-Installation ‘Do you exist Miss Q?’6 is a full computer generated (FullCG) room installation in the virtual reality. It based on a story of Stanislaw Lem from the book Darkness and Mold from the short story Do you exist Mr. Jones?. In this virtual reality are two worlds; the inner world of the protagonist and a trial where the judge Mr. Jones and the lawyer Mr. Tenner try to find out who is the owner of Miss Q´s ghost and body. Miss Q had a car accident and the IBMC corporation restored her body with protheses. After a few years Miss Q is made from 98% protheses and only the right side of her brain is her own. Miss Q has never paid for the protheses and now the company wants to change the right brain into a prosthetic brain, too, and transfer the mathematical soul of Miss Q to the other side. They want to create a new business idea to make humans immortal. However, Miss Q defends her position so eloquently that IBMC want to take the right of her own speech, because this it is the result of the technical right brain side. Now the question is:  Does Miss Q ‘exist’? (picture 20).

The journey to Victoria in Romania (picture 20) is similar to a real model of a Reality-Hybrid (picture 1). It is a city in which more than one mode of reality exists. These somewhat exemplary, somewhat imaginary (picture 13). The city seems to be an artificial place synthesized by modes of reality of different ideologies. Today capitalism has arrived and will set a new footprint into the city Victoria.

All together the term reality in Reality-Hybrids is only an elusive possibility of perception, which strengthens the meaning of the term virtuality in itself. To further explain the term ‘reality’ the radical as well as the cognitive constructivism is used. These can be applied to the construction of reality and the learning behaviour of the recipients. Looking at cognitive constructivism, the isolated and individual view of reality and different mechanism is possible. Von Glaserfeld8 refers to the overcoming of threshold of deception and delusion (vice versa) and the connected term ‘re-presentation’, which was coined by von Glaserfeld, to cognitively construct experiences already made in a new way. This process can be understood as the active acquisition of knowledge with the help of an active, constructive process of repetition, which is part of the individual construction of reality. These processes are the peak of the communicative process of perception, which can be discussed as a detailed reflection of these processes. Two conclusions can be drawn: Firstly, the cognitive constructed reality by the individual, which happens within the recipient himself (individual reality). Secondly, the technical constructed offer of the reception in a staged, illusive reality, which is connected to the cybernetic simulation of reality (fictionally reality). 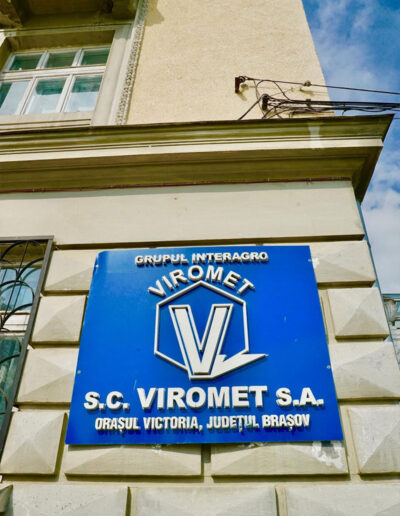 Picture 10_ The logo of the Viromet company

Picture 10_ The logo of the Viromet company 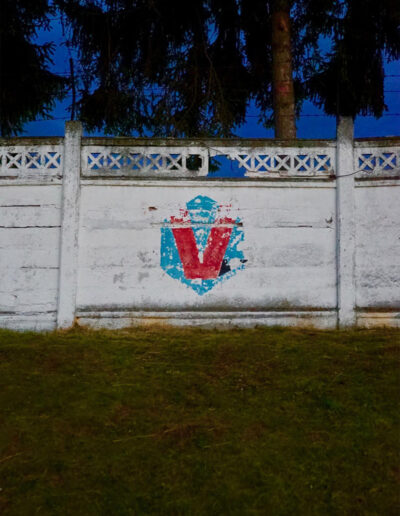 Picture 11_ The Logo of the virtual vampires of Victoria 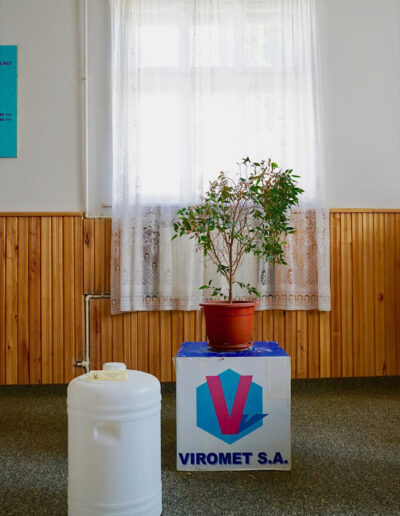 Picture 12_ The innerworld of Viromet 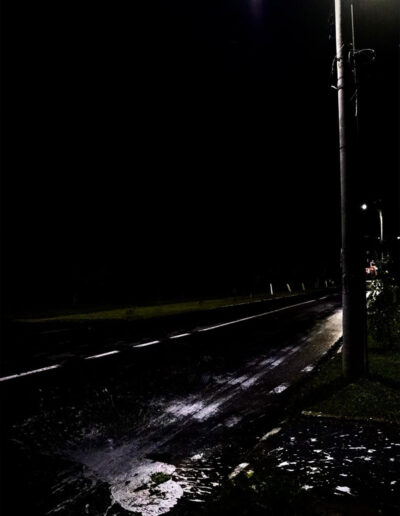 Picture 13_ In the night, Victoria is loosing her buildings. Is the street real or did anybody only painted a pattern on the ground_ 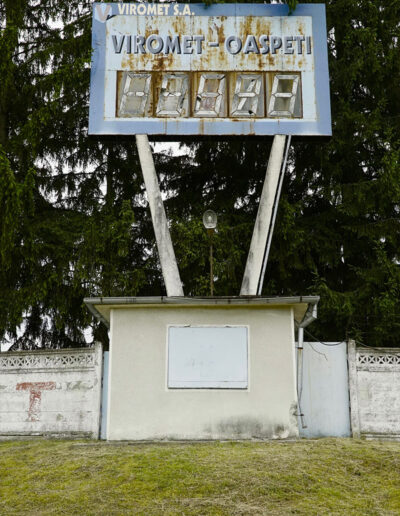 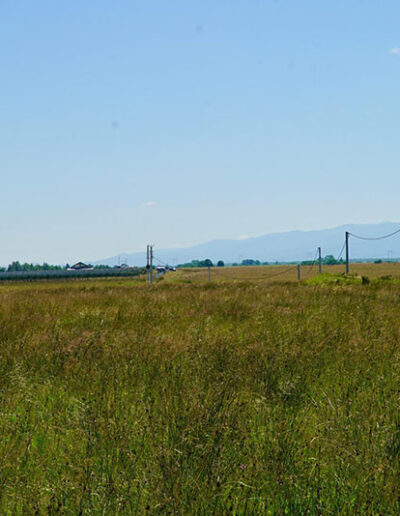 Picture 15_ solar farm (in the backround) 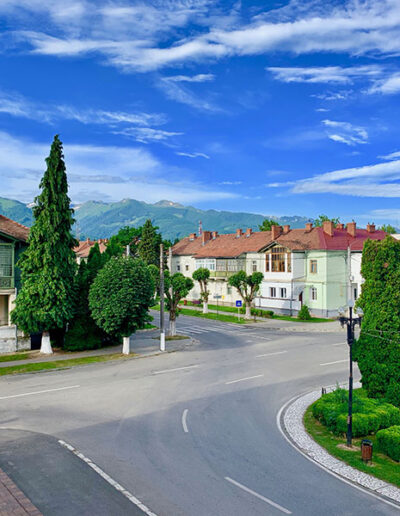 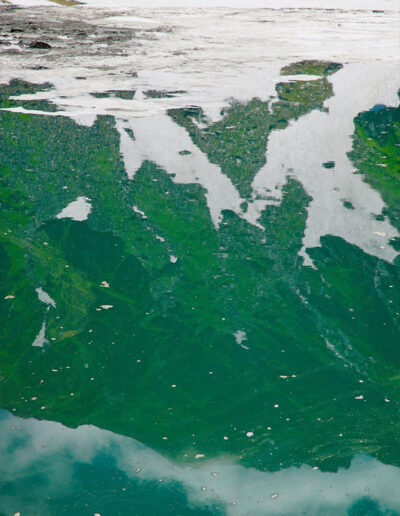 Picture 17 In Top of the carpathians of Victora, in a distance from two car hours, behind the hill is the castle from Vlad 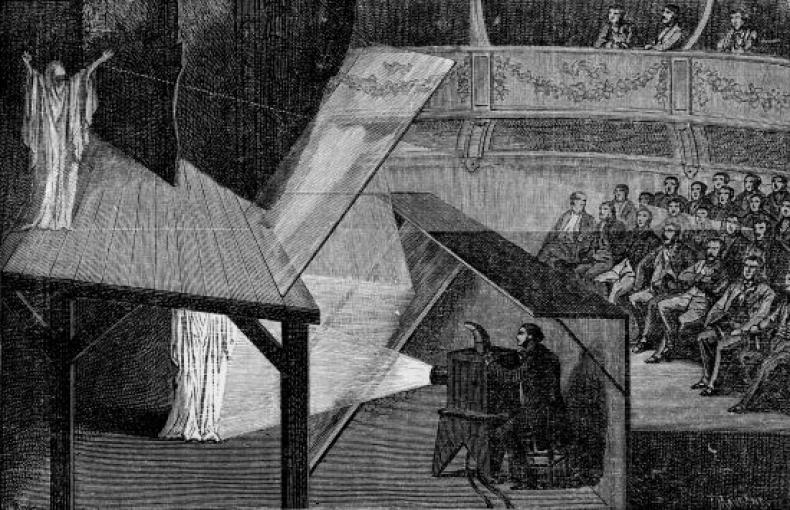 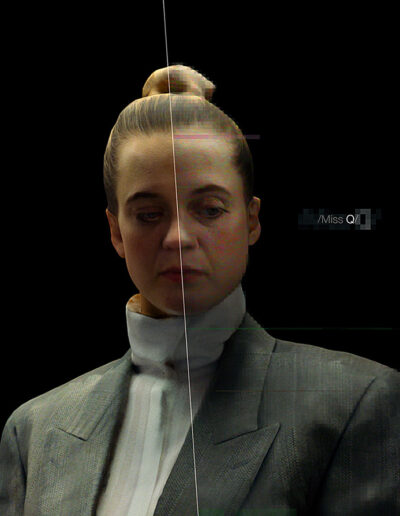 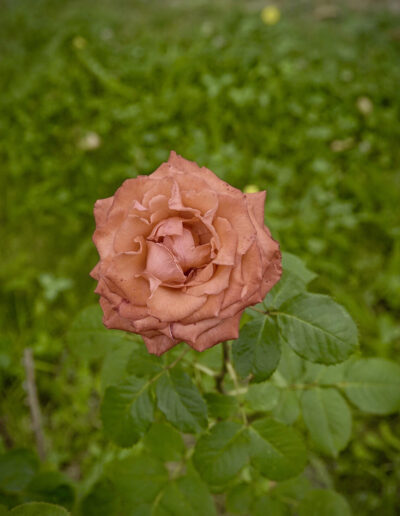